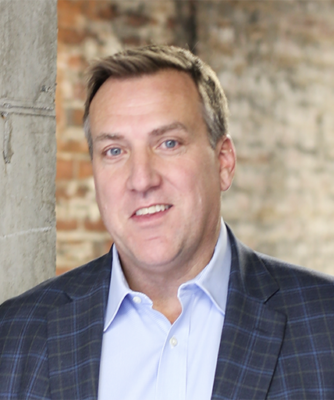 The epitome of an entrepreneur, Mark has seen the peaks and valleys of starting, operating, and assuming the risks of a new venture. He’s come up against payroll, had a few bad hires, and even swept the floors early on. Collectively, Mark’s companies have done over $360 million in sales and raised more than $38 million in venture capital, and he has successfully bought and/or sold eight companies.

Among Mark’s previous companies is Nordic Consulting Partners, the industry leader in EHR consulting services to organizations using Epic. As CEO Mark helped Nordic achieve a #1 in KLAS ranking, where it has remained since 2012.

Prior to his time at Nordic, Mark founded Goliath Networks. He grew it to #97 on the Inc. 500 fastest-growing companies list and sold that company in 2002. Mark has worked with Eric Schmidt on Novell’s Partner Advisory Group, and was also asked by Bill Gates to serve on Microsoft’s first Partner Advisory Council, which he did from 2001 to 2007. 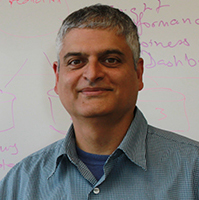 James believes technology, when creatively applied, can improve our life experiences. Intrigued by the amazing potential for internet and mobile technology to engage us all, James created a business model to reshape personal health management.

He is the co-inventor of the Guided CarePath and leads Wellbe’s innovations program to empower people and providers with new tools to improve health.

James has launched several new businesses over his career including the Mediasite lecture recorder, the leading video learning appliance in companies and universities around the world.

He is also on the Board of Directors for BioForward, Wisconsin’s bio-health industry association. 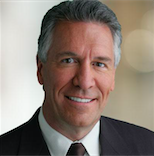 Mike Splinter, an electrical engineer and innovator, has played a major role in driving advances in the high tech industry, with more than four decades of executive leadership experience including 12 years with Applied Materials, Inc. where he was served as chairman and CEO, and over 20 years with Intel, where he was executive vice president of sales and marketing, and executive vice president of the Technology and Manufacturing Group.

Splinter has been recognized for his commitment to shaping a better world as the 2013 recipient of the Robert Noyce Award, the semiconductor industry’s highest honor. In 2015, he was awarded an honorary Doctorate of Engineering by the University of Wisconsin.

Mr. Baldwin was most recently Chairman and CEO of Baxa Corporation, a leader in devices, systems, and software for the handling, packaging, and tracking of fluid medications in a critical care setting. Under his leadership from 1997 until its sale to Baxter Corporation in 2011, the company sales grew from $25 million to over $170 million. As CEO, he led the eight-member board of directors and led a minority recap resulting in Goldman Sach’s private equity group owning 27% of the company. He was also an early investor and lead director in Pharmacy OneSource, an innovative software-as-a-service business that had a successful exit in 2010.

Prior to being CEO of Baxa, Mr. Baldwin spent fourteen years in Sales and Marketing roles for Baxa, Sprint, and PictureTel. He has an MBA from Boston University.